Recently I dined at one of my now favorite Italian restaurants, Kenny’s Italian Kitchen in Addison. After a couple of spontaneous trips to this quaint & cozy villa for finger foods in between plans, I was quick to return for an official dinner. I had seen Kenny’s many times as it is located directly to the left of Sherlock’s Baker St. Pub, my old Addison stomping grounds.

Once I announced my blog launch in December, one of my girlfriends was quick to recommend Kenny’s Italian Kitchen. She beamed as she spoke about how “adorable” the restaurant is as well as the spectacular Italian fare offerings. It was because of this that one evening after dinner with an hour to kill before a movie in Addison I decided to drop in to Kenny’s for tiramisu & cappuccinos. Popped in for dessert, stayed for service. The waitress was one of the leading things about Kenny’s (there were a multitude). Fast forward to two weeks later and a coworkers birthday at Sherlock’s and here we found ourselves again. This time with a little less than an hour and a slight (but still minute) appetite. We ordered two beers & Kenny’s Garlic Bread with Cheese. As if I didn’t have enough reasons to return already, this bread alone would do the trick (more on that below).

The restaurant was, as my girlfriend had mentioned, “adorable”. Upon entering I spotted a sea of red & white plaid table cloths topped with candles, wall upon wall covered in authentic black & white photographs in black wooden frames and countless faces of joyous patrons. 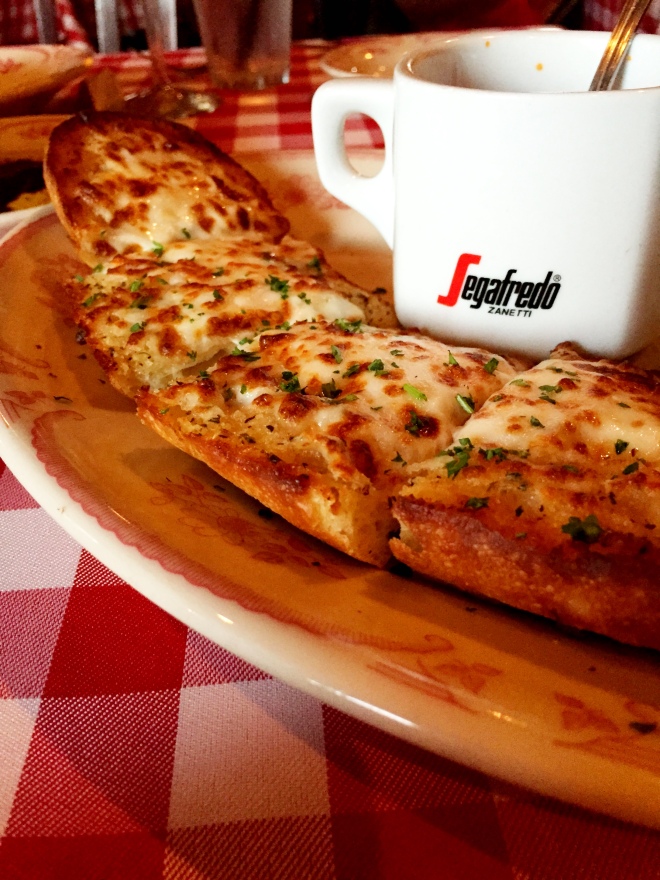 It’s no secret I love carbs. Garlic bread with cheese is probably one of the closest things to Heaven on a plate for me. It is such a simple dish but some of the most simple dishes have the largest room for error. With that said, Kenny’s has the best garlic cheese bread I’ve had. The bread was fresh, crunchy on the outside and as soft as a cloud on the inside. The cheese was perfectly placed atop the bread, over a thin layer of butter and fresh garlic-neither of which over powered. You can tell this elongated loaf had just been pulled from the oven to be directly delivered to our table.  A welcomed addition was the warm marinara sauce (in the same cappuccino cup from the prior visit) for dipping. 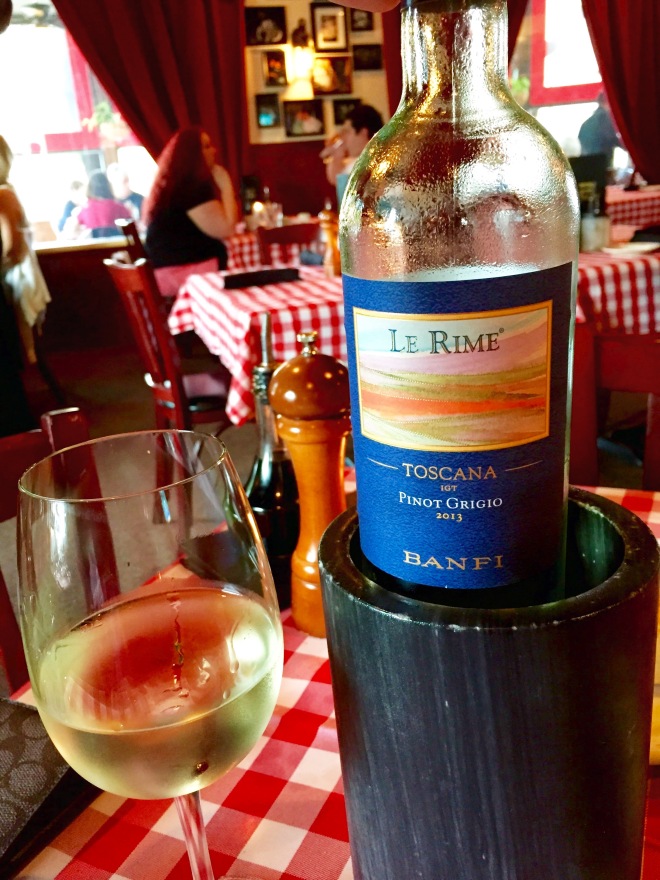 When  at Kenny’s it feels wrong to order a beer in the oasis of wine bottle topped tables. The table ordered a personal favorite of mine, Banfi Le Rime Pinot Grigio.

“Color is straw yellow. On the nose, it’s very fruity with intense aromas of pear, apple and lime. Extremely soft on the palate, yet lively and vibrant with an acidity that gives a remarkable persistence.” –Winemaker’s Notes

The wine is served chilled in an also pre-chilled stone wine bucket which keeps the bottle exceptionally brisk, the vino was just as cold going down on the second glass as it was on the first sip!

“Le Rime is a splendid aperitif and a delightful complement to antipasto, pasta, and light meals.” –Wine.com

I wasn’t a fan of Fettuccini Alfredo until a few years ago when I finally came to my senses. I knew I wanted to try something I normally wouldn’t find else where so I opted for the Fettuccini Carbonara. The dish is highly similar to the standard Fettuccini Alfredo but with the welcomed additions of smoked bacon, fresh egg, parmesan, romano and cream. I’m not a bacon fanatic like most but I will say the pairings of the crunch & salt from the bacon married exceptionally well with the softness of the fettuccini & mild sweetness of the cream. The table favored this dish. 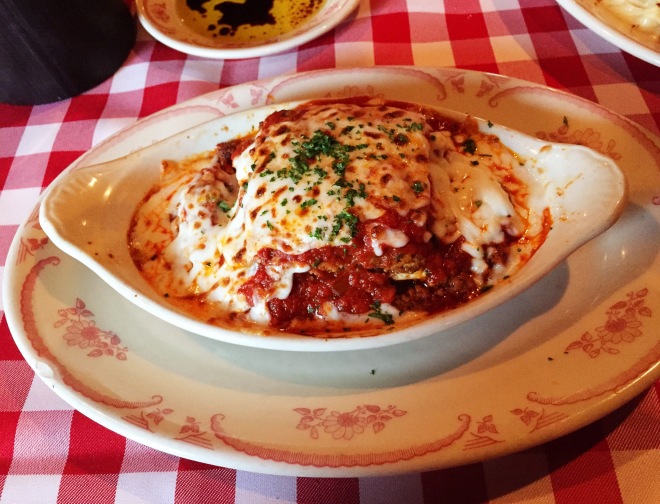 With the ravishing reviews Kenny’s Italian Kitchen has received on Yelp and the word-of-mouth recommendations I had received, I wanted to also order a classic Italian dish; Lasagne.

“A picture is worth a thousand words.”

When the waiter placed the plate on the table my mouth instantly began to water, This lasagne was almost too perfect to cut into. The mozzarella cheese was just the right crisp color from the oven, the tomato sauce red as the ripest tomato, the ground beef seasoned to perfection and the ricotta & parmesan perfectly melted in the center bring it all together. I think of the center cheeses as the grandparents of the dish, they hold it together and without them, every other ingredient would be just that, an ingredient stacked on a plate missing something.

There was no doubt Kenny’s would win again; I look forward to many more visits to my new favorite Italian restaurant!

Brandon is a Dallas born-and-raised, tech-loving, obsessive foodie. His blog is dedicated to all the fun and affordable food the Dallas metroplex has to offer.

Brandon is a Dallas born-and-raised, tech-loving, obsessive foodie. His blog is dedicated to all the fun and affordable food the Dallas metroplex has to offer.